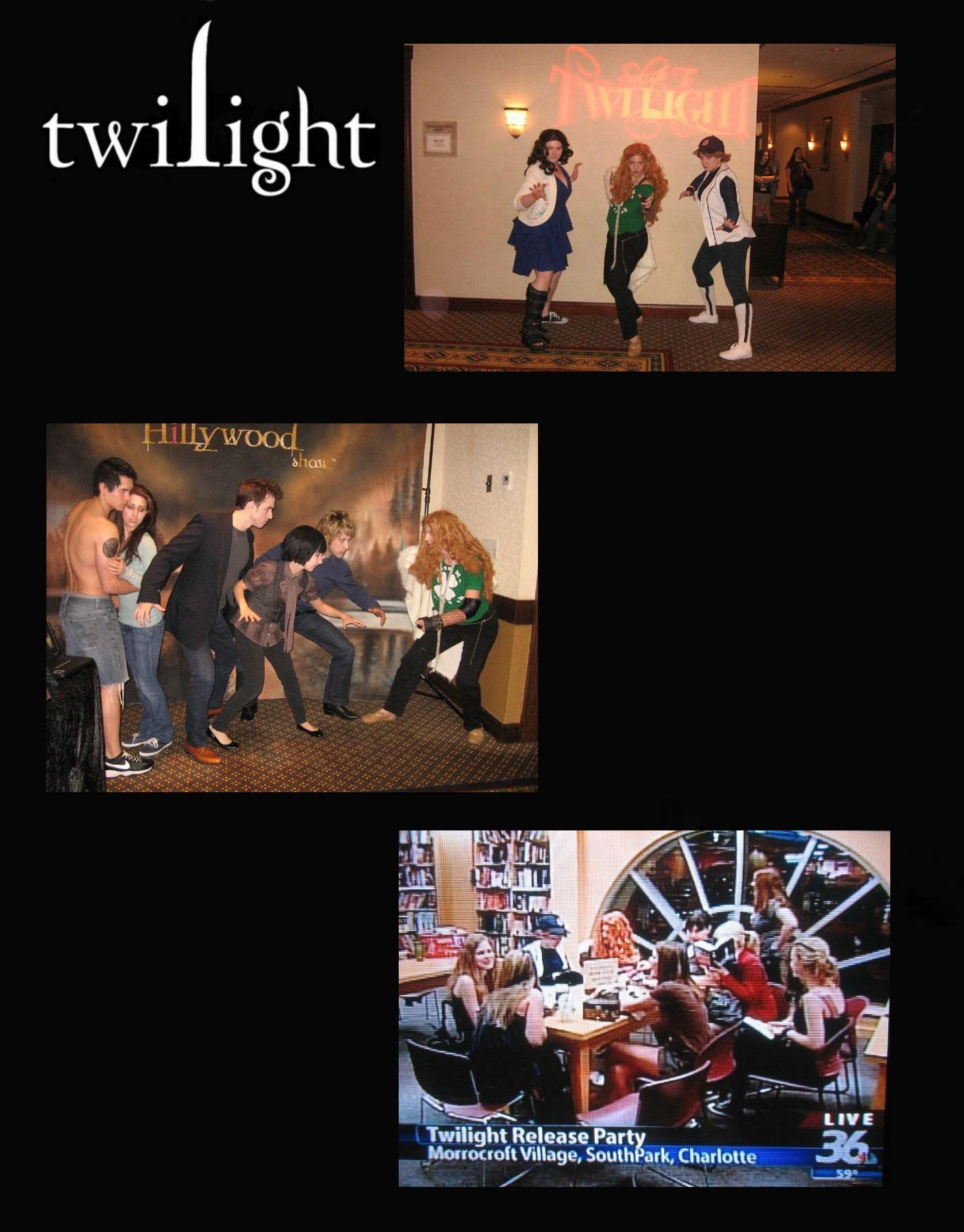 For this convention held in Charlotte (April 2010), I attended as Victoria along with Jennifer DeVoll as Alice and Jessica DeVoll as Bella. Jessica took First Place in the costume contest, and I took Second. The cast of The Hillywood Show were guests at the convention promoting their latest "Twilight" parody, and I was able to pose with them for a photo. Not long after, Jennifer and I attended the release party for "New Moon" at the Border's Book Store in Charlotte, NC. We made the evening news.

Oops, you forgot something.

The words you entered did not match the given text. Please try again.